Geese and Gulls in the Cold

So it's been a while, frankly after the big year in 2012 I was burned out (and "phased" as we say in the UK - I don't know why we say it, but we do).  But recently the birding thing has felt right again and I've been venturing out a little more, even despite the less than birder friendly temperatures this Winter in New York.

I did look at birds in Rio De Janeiro over New Years, and actually saw my first bird of 2014 at midnight when a Masked Water-Tyrant was flushed by the explosive din of the New Year's fireworks.  I've also started to do eBird reports (I love eBird) and have been pottering a little out in East Hampton.

On Monday, the urge to bird was strong after two days locked up in the office over the weekend so I took a 'mental health day' and jumped in the car to do some New York City birding.  First stop was Randall's Island to chase a previously reported Barnacle Goose.  I'm not (never) sure on the provenance of these Winter geese in New York but a couple of Barnacle, the odd Pink-footed and a few Greater White-fronted Geese show up annually in the Winter in the state.  This bird was interesting mostly because it showed up in New York County (think Manhattan and it's smaller 'off-shore' islands) and a vagrant goose in the most densely populated county in the US, one that would be  considered densely populated by any global standards, sounded like a good add.  So at 9am I slogged my way across 42nd Street, through Times Square and up the FDR highway to the RFK Bridge and Randall's Island.

The goose as it turns out was relatively easy to find, largely due to good directions from Richard Fried.  I worked my way over the the baseball fields in the NorthEast corner of the island and soon saw a flock of about 200 Atlantic Brant with some Canada Geese mixed in.  A binocular scan quickly turned up the Barnacle Goose in the mix and I was able to get a few record shots without getting too far from the car.  Not getting too far from the car being a major priority in birding in New York in the Winter.  Barnacle Geese really are a very cool looking bird though, so crisp well marked, a treat to see one up close.

Some folks have speculated (probably correctly) that this is the same bird that spent last Winter in Van Cortland Park in Bronx.  The same and other folks have also speculated that the bird's choice of urban parks casts a lot of doubt on it's provenance.  Honestly, I'm never sure about vagrant geese, but these days I try not to worry about it too much.  I'm sure some are adaptable former escapees from collections, but we've all also heard the story of Barnacle Geese deemed escapes by local experts on the basis of the fact that they were banded, right up until someone photographed the band, send it in, and discovered that they had been banded as wild birds in Scotland (!).  We'll probably never know for sure, but it was a neat bird, and a nice add to my New York County list.  Good start to the day. 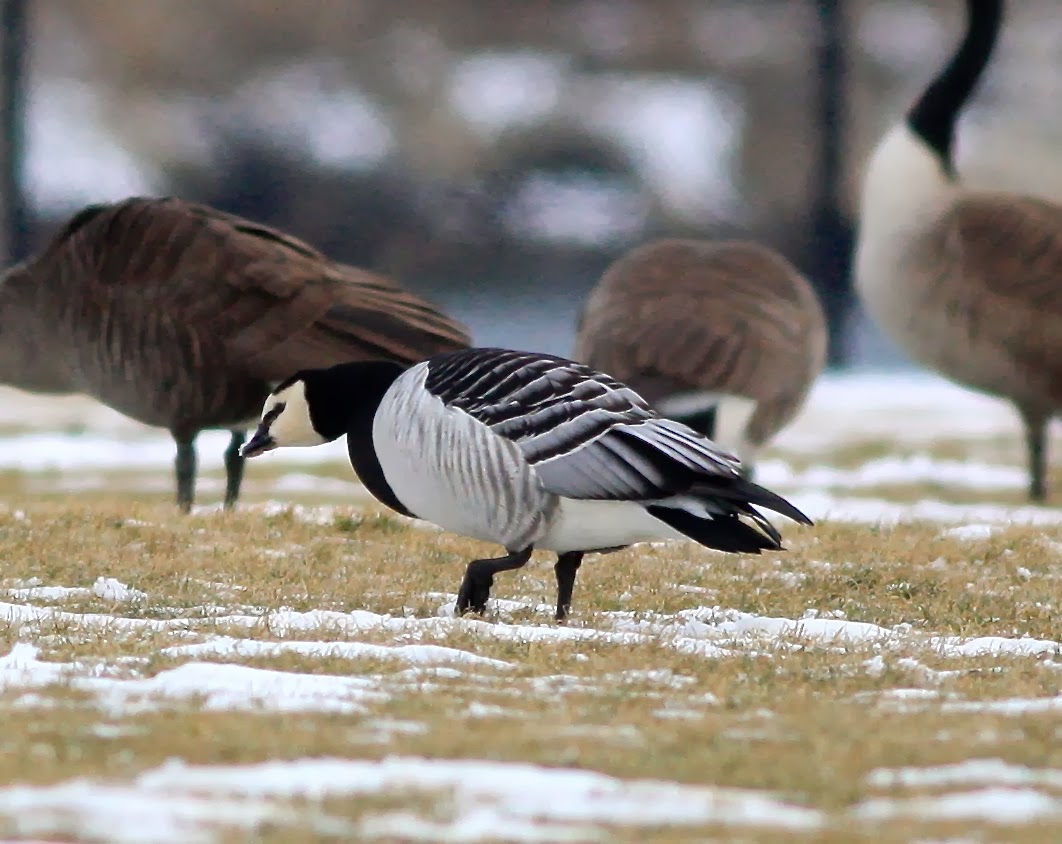 Feeling emboldened I decided to try for another recently reported New York City rarity so crawled down the BQE (a New York City highway which actually has an interstate designation but which has never seen cars move at interstate speeds) to the Veteran's Memorial Pier in Brooklyn.  The pier had hosted a Common Gull for the past two days and so I figured I'd just drop by and pick up the gull before maybe heading out to Riverhead to look for the Pink-footed Goose that I'd missed twice so far this year.  Well best laid plans .... birding just doesn't work that way.

Four hours in the freezing cold on the pier, constantly scanning the hundred of Ring-billed Gulls failed to turn up the Common Gull.  I even went to a local deli and bought a bunch of bread rolls, having a lot of fun feeding the Ring-billed Gulls (what is it about feeding birds that's so much fun?) but failing to attract the vagrant. 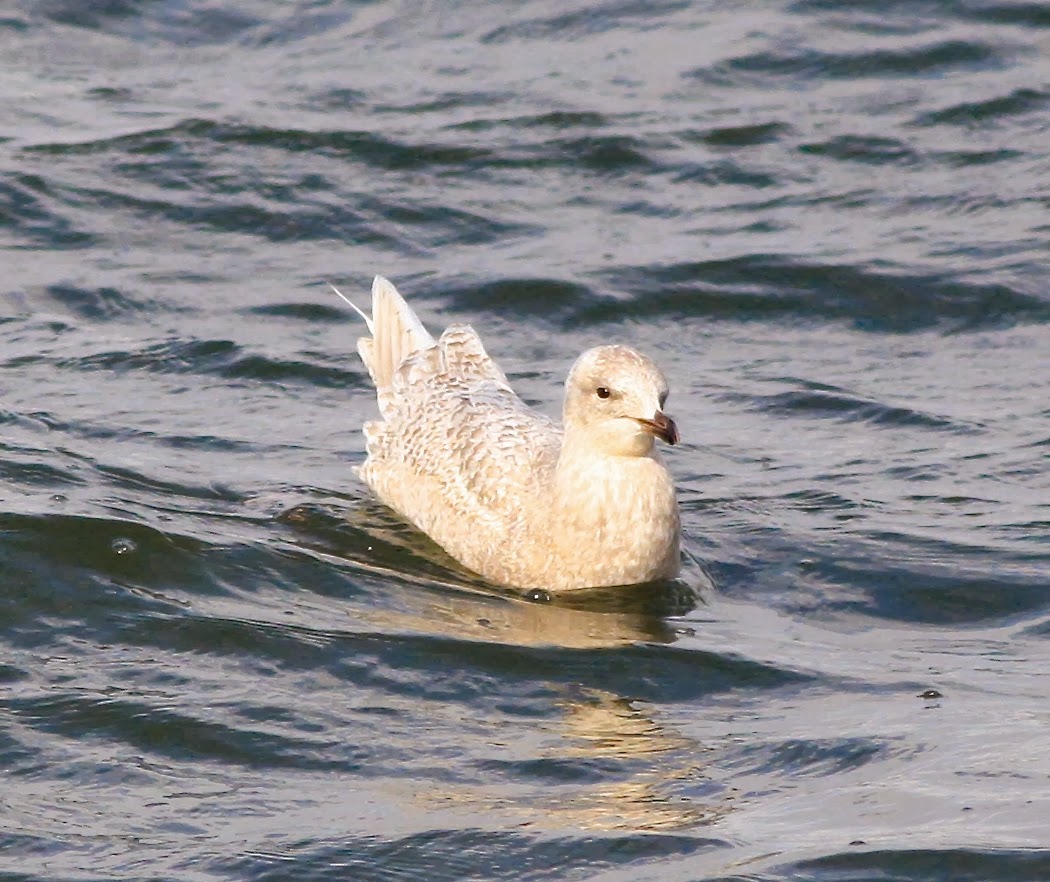 I did see an Iceland Gull, a Eurasian Wigeon, and some Purple Sandpipers (all nice), and I also got to watch a Peregrine trying to make a meal of the local Rock Pigeons.  But as for the Common Gull, four hours and no luck.  At the point that I started shivering I knew I had to call it a day and so wound my way back to Manhattan and a hot meal.  A nice day out, with some good birds and plenty of fresh air, but perhaps my not year-listing has taken the edge off my hunger for chasing things.  In 2012 I would have stood there on that pier for days on end looking for that gull, but then again, I'm not sure that was any more fun.  Enjoying what I see, and not too upset about what I don't ..... seems like a good balance ...
Posted by Welsh Birder Abroad at 6:36 PM No comments: