Just back from a quick three day trip to North Carolina and Virginia.  It's been a long time (15 years?) since I've managed to get down to do a Brian Patteson Pelagic Trip, but inspired earlier this year, I signed up for two trips last weekend with Alvaro Jaramillo (who also made it easy to link and pay online).

Thursday mid day saw me sneaking away from work and running out to LaGuardia for a flight to Norfolk, Virginia.  Once there, I grabbed a rental car and drove down to Hatteras, North Carolina.  The weather was crappy - thunder storms all the way down - and it was a long drive - but I was optimistic that it couldn't last all weekend so I checked into my hotel, sorted my kit and set the alarm for 4am Friday morning, super excited to get out into the gulf stream for the first time in many years.

Friday morning was windy and raining but I headed over to the dock and when I saw people loading chum onto the boat I figured we'd probably go out.  Brian appeared shortly thereafter and confirmed that we were going, so after a quick orientation we were soon heading out to sea.  The sea in question was pretty rough though and, even though I took my dramamine I was soon throwing up as we plowed through 'snotty' waters for two hours (I'm just not a good sailor what can I say).  Over the years I've got used to this sort of start to the day - praying for death at dawn and throwing up for an hour or two, then my body eventually gets used to it and I'm finally glad I came.  It's sort of an act of faith but as I always say, 'you don't look, you don't see' and in the case of pelagics 'if you don't suffer, you don't see'.  This morning's crew was serious, with Alvaro Jaramillo, George Armistead, Naeem Yusuff (of Brookline Bird Club Pelagic fame), Nick Block, and half of the top birders from Chicago on board ... a very capable crew and a good sign for some interesting birds.  So I slogged my way though the waves and the sea-sickness knowing that it would probably all be worth it in the end .... and it was.

Soon enough (well perhaps not soon enough at the time) we reached the Gulf Stream, the waves died down, and we got started with the birding thing.  As it turns out we got started quickly, as not long after we arrived in the calmer 'blue' waters someone shouted "Tropicbird!" and all eyes went up as a juvenile RED-BILLED TROPICBIRD came over boat.  Not a bad start!

The next five hours were really very birdy, exactly what you come to North Carolina for.  Cory's, Great, Manx and Audubon's Shearwaters zipped by the boat.  Wilson's, Leaches' and Band-rumped Storm-Petrels followed the chum line, and several Black-capped Petrels came by to check out what was on offer.  All classic Gulf Stream stuff.  You don't get this in New York!

We also got some Bridled and Arctic Terns and some cool cetaceans (Short-finned Pilot-Whales and 'Offshore' Bottlenose Dolphins).  I simply love it out in there - flying fish, sargassum, leaping Mahi Mahi, lots of birds, simply awesome.

As a special bonus Kate Sutherland (Brian Patterson's extraordinary first mate / onboard biologist) even scooped up some Sargassum so we could look for 'critters' and we got to see several crab and shrimp species plus a few Planehead Filefish (Stephanolepis hispidus) which was a Life fish for me.  The good feelings even got me through the miserable ride back to the dock ... more waves ... ugly ... but I managed to resist the urge to kiss the ground when we got back to the dock (I have done that before).  Great day ....

Saturday dawned, well way too early.  Another 4am alarm call and as I stumbled out of the hotel room at 4:30am I was greeted by a spectacular thunder storm with arc lightening and torrential rain.  For a while I though Brian would surely cancel the trip but by the time I got to the marina the rain was dying down and I saw Kate heading to the boat (and heard a Common Nighthawk) so I figured we were probably good for round two.  Sure enough, the storm was heading offshore so, despite the pyrotechnics, we were off again at 5:30am and ploughing through more rough seas (yes, I threw up again) before finding calmer waters when we got to the Gulf Stream a couple of hours later.

Today's birds were not quite as good, in fact it was pretty flat compared to the day before.  We did see lots of Black-capped Petrels, quite a few BAND-RUMPED STORM-PETRELS, but no terns, no Tropicbirds, and in fact the birding was almost dull for those of us who'd been out on Friday (although our fresh faces doing a one-day tip were thrilled with the birds we saw). 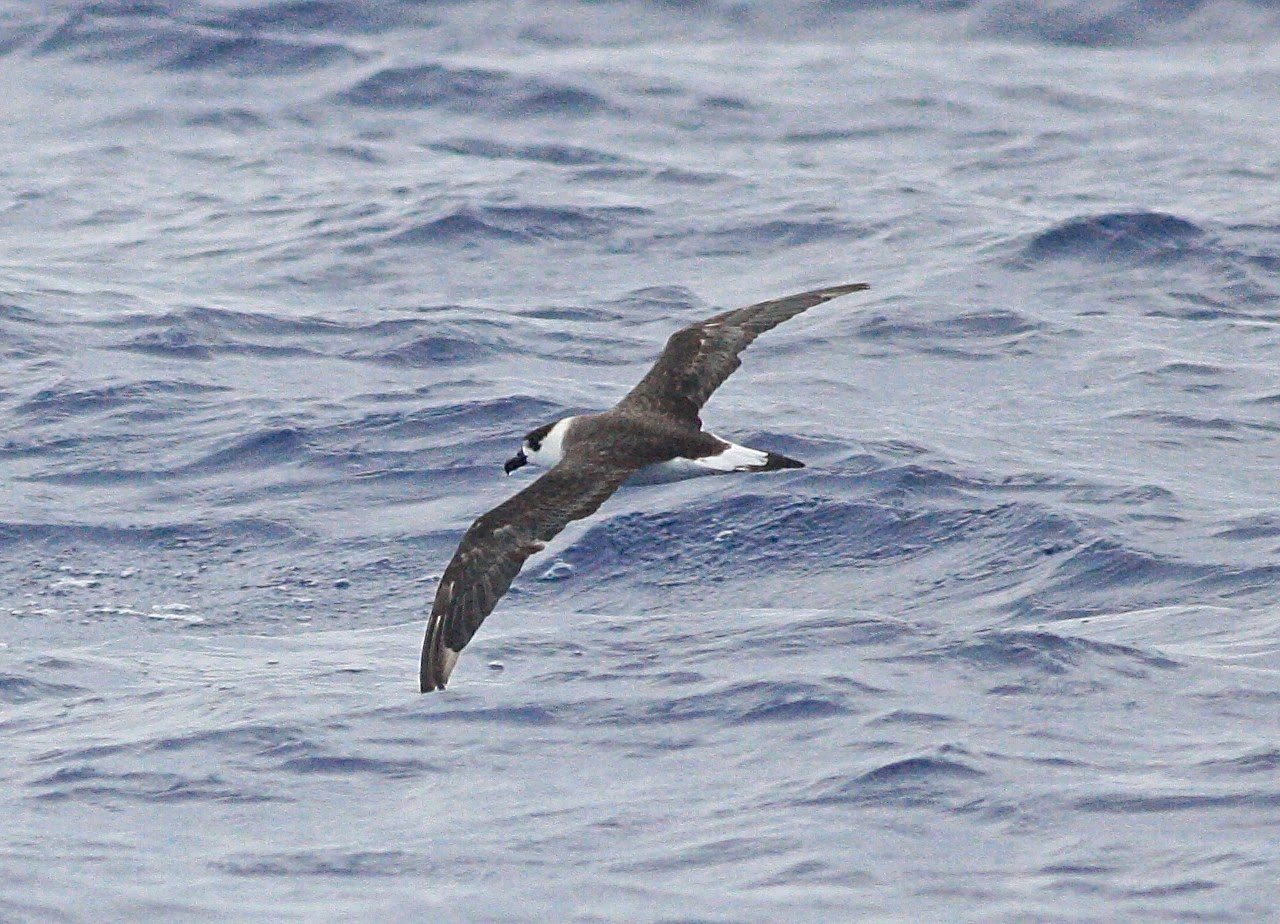 Things picked up and got really exciting though when we headed back in late in the afternoon (and once I'd put my camera away).  First up was a giant LEATHERBACK SEA-TURTLE (my best look ever) and, while we were looking at that incredible prehistoric critter, another Bridled Tern came by, soon joined by Royal and Black Terns.  The we had the 'mega whale' experience ....

Although the birds are always top of mind on a pelagic trip, the highlights of this weekend were probably actually the cetaceans.  We had 'Offshore' Bottlenose Dolphins, Short-finned Pilot-Whales, and Cuvier's Beaked-Whales, but the star for me was a pod of FALSE KILLER-WHALES that came to ride our bow-wave for 20 minutes on the way back in that afternoon.  This was a species that I'd always wanted to see in the Atlantic and when they appeared and came over to the boat I was simply ecstatic, awestruck, giddy, whatever.  These fast-moving, super-smart, small whales eat Tuna, Billfish and Mahi Mahi, and use their big brains to catch these fast-moving fish.  They seemed genuinely curious to see us, turning their heads to look at the 'apes' on the boat and coming back many times to try to interact with us,  Such amazing creatures and the wildlife highlight of the year so far. 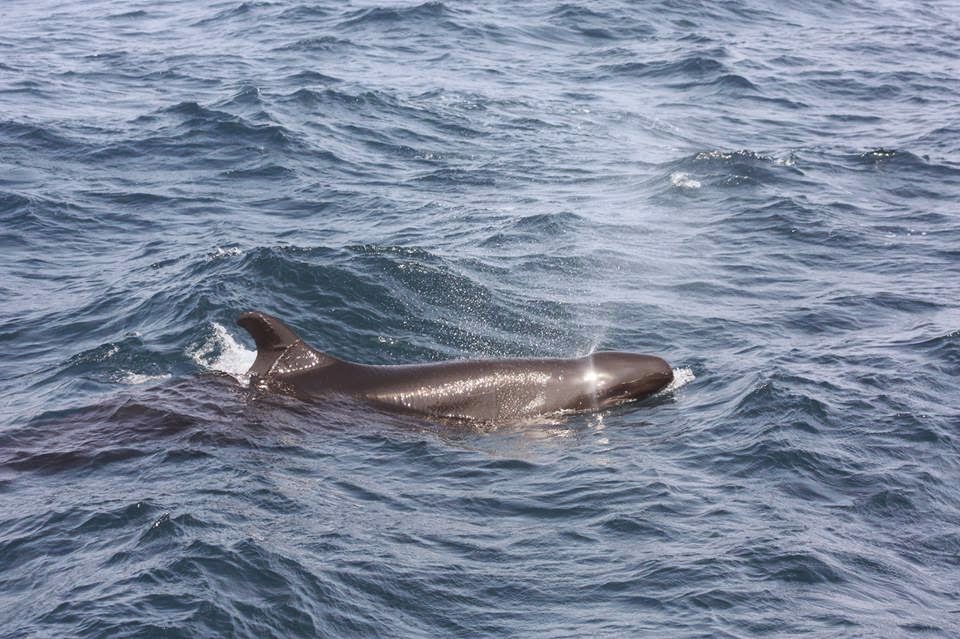 Sunday morning was supposed to be a bit of a let-down after the pelagics but it actually turned out to be pretty good.  An early morning stop at Pea Island NWR produced a juvenile Reddish Egret, a Wilson's Plover and a nice selection of shorebirds including Black-necked Stilt and American Avocet.  Then off to the Great Dismal Swamp in Virginia, where despite 'Alaska-quality' blood-sucking bugs, I was happy to add SWAINSON'S WARBLER along with lots of Hooded and Prothonatory Warblers and an Acadian Flycatcher.

Special thanks to Alvaro and George for putting this together and all the expert spotting on the boat, and of course thanks to Brian and Kate for running this amazing operation.  A truly great trip, very glad I came.  Remind me to do this more often ....


Posted by Welsh Birder Abroad at 7:31 PM No comments:

Back to the Summer Season in East Hampton and entertaining guests most weekends, but this morning I was able to sneak away for a few hours and birded Shinecock Inlet (Sooty Shearwater, Wilson's Storm-Petrel, Clapper Rail, Red Knot, etc.) and then grabbed a few minutes at Gabreski Airport near Quogue.  This airport (pre-9-11) used to be much more accessible, but given the modern security environment it's hard to get back to areas where we used to see Upland Sandpipers, etc. (who knows if they're still in there).  Still, if you're prepared to ignore the first few "no entry" signs you can still get in far enough to see one of the better, and scarcer, breeding birds on Long Island, the Vesper Sparrow.  Try to go back further though, and you'll be turned away.  Perhaps best to leave the mystery of the Upland Sandpipers alone for now .... 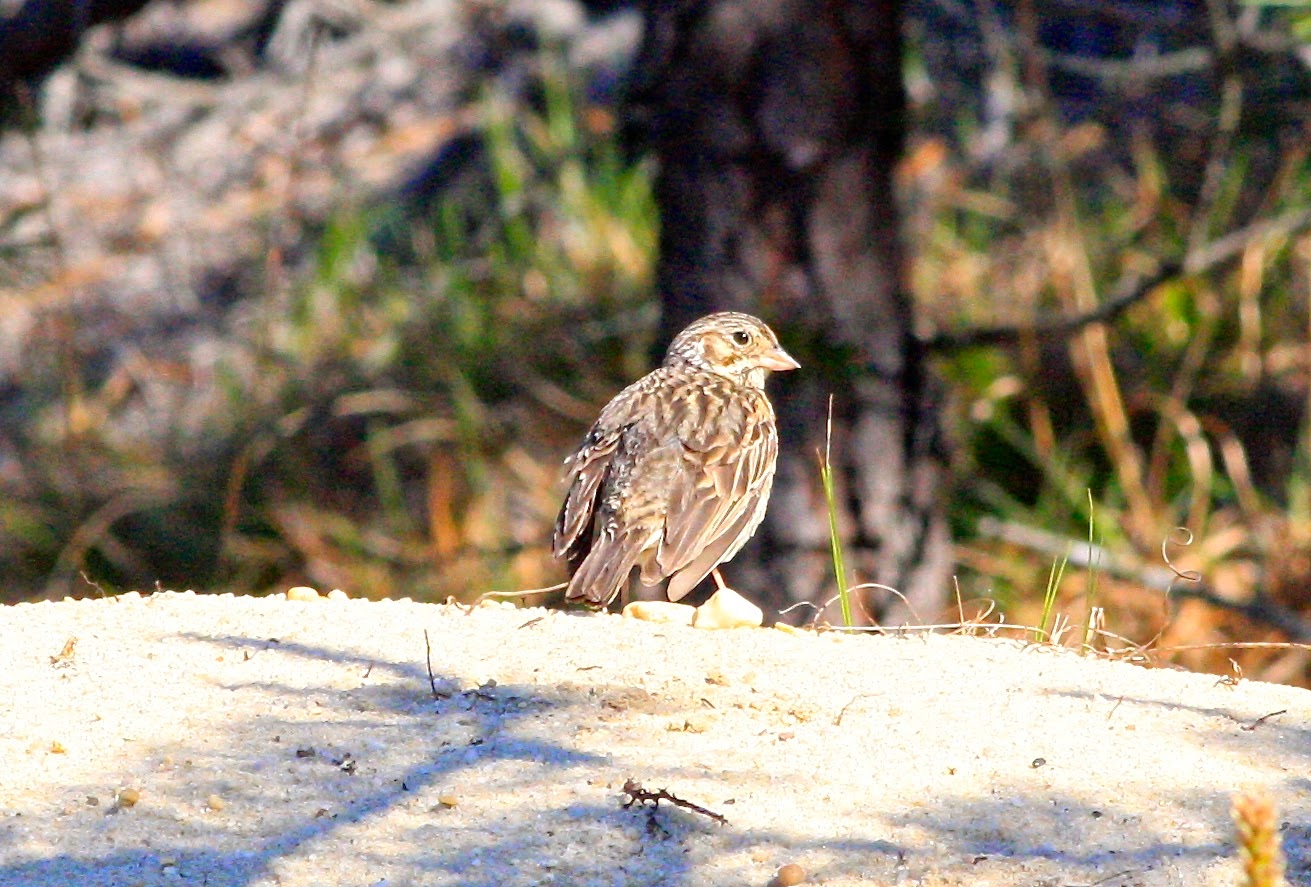 Posted by Welsh Birder Abroad at 6:24 PM No comments: