July 4th in the Hamptons

Some Local Birding from my Home in East Hampton

Planned to spend the long July 4th Holiday weekend out at the house in NorthWest Harbor, and with only a few house guests I was able to grab three blocks of time to do some local birding.

Up bright and early and off in search of a recently reported Sandwich Tern at Cupsogue.  Made a quick stop at Mecox, which was pretty quiet, especially after a Bald Eagle passed over flushing the few birds that there were on the sand bank, then off to Hampton Bays.  This was my fourth trip to Cupsogue this 'tern season' and the first one where I wasn't likely to be the only birder present, indeed the report of a Sandwich Tern the day before (scarce but annual in New York State) looked likely to bring out a crowd.  Menachin Goldstein had posted that the bird was roosting on 'mussel beds' and, not sure where they might be, I took my usual route out towards the flats.

I usually come to Cuposgue close to the top of the rising tide, which concentrates the terns and shorebirds in a place easier to see them up close.  Today though the tide was low and, as I walked in I saw some mussel beds that I don't usually see or scan.  It felt like a good idea to do a quick scan there and sure enough, the Sandwich Tern was one of the first birds I saw, standing out from the Common Terns mostly by being so much obviously whiter, even at a distance.

I put the tern sighting on the New York State rare bird ListServe and soon enough other birders came by to see it.  I then spent the next three hours birding in the area, seeing nothing terribly unusual to be honest, but mostly catching up with other local birders and generally being social.  Standing around chatting on a mud-flat in the middle of a salt marsh is the sort of the birder equivalent of social time, or brunch I guess.

After the June pelagic trip got cancelled, I'd been thinking of ways to get to see some of the shearwaters I was still missing for the year.  Sea-watching wasn't coming up with much so I decided to take the Coastal Research and Education Society of Long Island (CRESLI) / Viking Fleet Whale-watching boat out of Montauk.  For $75, the boat (a big fishing boat) gets you offshore for 5-6 hours and, while it doesn't get out to the canyons or true pelagic waters, it does get you 30-40 miles out to feeding areas where there are (hopefully) whales and sea birds.

The ride out was pretty quiet for a while but as we got further from shore I started to pick up a few shearwaters and storm-petrels.  All of a sudden though we found ourselves among the whales and spent and hour or so with multiple baleen-whales - eight Fin Whales and a Minke Whale - pretty much constantly in view.

Whatever the whales were eating was also good for the sea birds and there were lots of them in the same area.  My estimated counts included 120 Wilson's Storm-Petrels, 80 Cory's Shearwaters (including a Scopoli's Shearwater), 40 Great Shearwaters, 25 Sooty Shearwaters and 4 Manx Shearwaters.  Pretty much all the sea birds I'd been missing for the year .... except for one .... 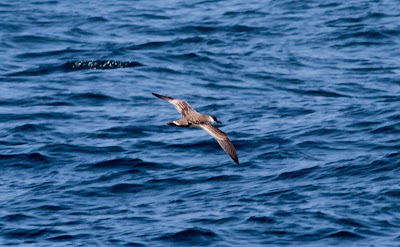 Then something unexpected happened.  I was looking at a distant flock of shearwaters sitting on the surface when a bird took off and showed huge white wind flashes .... Skua!  Well it turns out that when you shout "Skua!" on a boat full on non-birdwatching tourists out looking for whales, you get some odd looks.  I think I probably scared a few people and no-one rushed over to see what a Skua was.  The bird itself was flying away from us and I was scrambling to get some photographs, so no-one other than me got to see it.  One of the tourists came over after the fact to ask what all the fuss was about, the rest I think just decided that I was a crazy person and kept their distance.

I was very happy though, SOUTH POLAR SKUA is a very good bird in New York State and the bird I was most hoping for on the June pelagic trips that have been canceled due to weather for the past two years.  It was also New York State Bird #396 for me (this was before they lumped Thayer's Gull so I guess I'm back to 395 now).  While I debated the ID for a while wanting to make sure I wasn't being fooled by a large, dark Pomarine Jaeger, I was VERY glad that I had my camera with me, and very happy that I took the boat that day ... great trip. 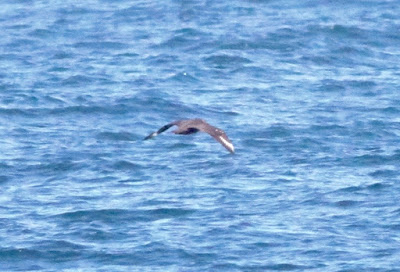 Less time for birding so decided to put some local eBird hours in and checked several spots close to the house, counting Piping Plover and Least Tern colonies, checking up on local breeding warbler sites, and visiting a few spots that don't get a lot of coverage.  I also moved a couple of Eastern Box Turtles away from the road .... lots of good karma built up for future birding adventures. 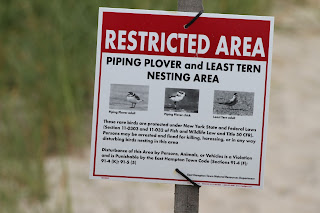 I ended up seeing 105 species over the weekend in The Hamptons - not bad for a crowded resort area on the busiest tourist weekend of the year.  Despite the crowds, there's still a lot of wildlife to be seen out there, and it is a spectacularly beautiful area.  Happy holidays indeed.
Posted by Welsh Birder Abroad at 5:25 PM No comments: