Another State bird chase, and not a dip (for once)

After 6 days 'dipping' the Mew Gull in Brooklyn I was pretty much over the State listing thing.  I'd had a good run over the Winter, adding Common Ground Dove, Cassin's and Couch's Kingbirds and Thick-billed Murre.  Then I'd hit the wall with the Mew Gull and repeatedly failed to see it despite lots of effort and lots of hours.  Maybe State listing wasn't something for me?

Last Thursday though a CRESTED CARACARA was found in Orange County, and I watched with interest to see if it would stick.  Caracaras in the NorthEast have been an interesting phenomenon recently.  I chased and saw a bird in New Jersey in 2012 and since then, individual Caracaras have shown up in various spots across the NorthEastern states, never staying long in one place, with the suspicion being that only one (or two) nomadic birds were involved, wandering around from place to place but never really hanging out long enough for birders to chase them.  Within the last six months there were even two New York State records, both good, but both brief views - a sight record from upstate and a bird photographed by a non-birder in a yard on Long Island (!).  Neither bird stayed around for others to see, but we all suspected that there was at least one bird 'in the area' and so when this bird showed up, many were curious to see if it would hang around long enough for people to chase it.

As it turned out, this was the lucky break, the good bird if you like.  This particular Caracara seemed to have found a couple of good carcasses (a deer and a possum - nothing beats a good stinky possum carcass if you're a caracara) and was still in the same area on Saturday (when unfortunately I couldn't go).  On Sunday when I woke up, I checked the list-serves and it turned out that the bird was still on site ( a tribute to the quality of this particular partly-decomposed possum I suppose),  so I decided to go, jumped in the car, and headed North. 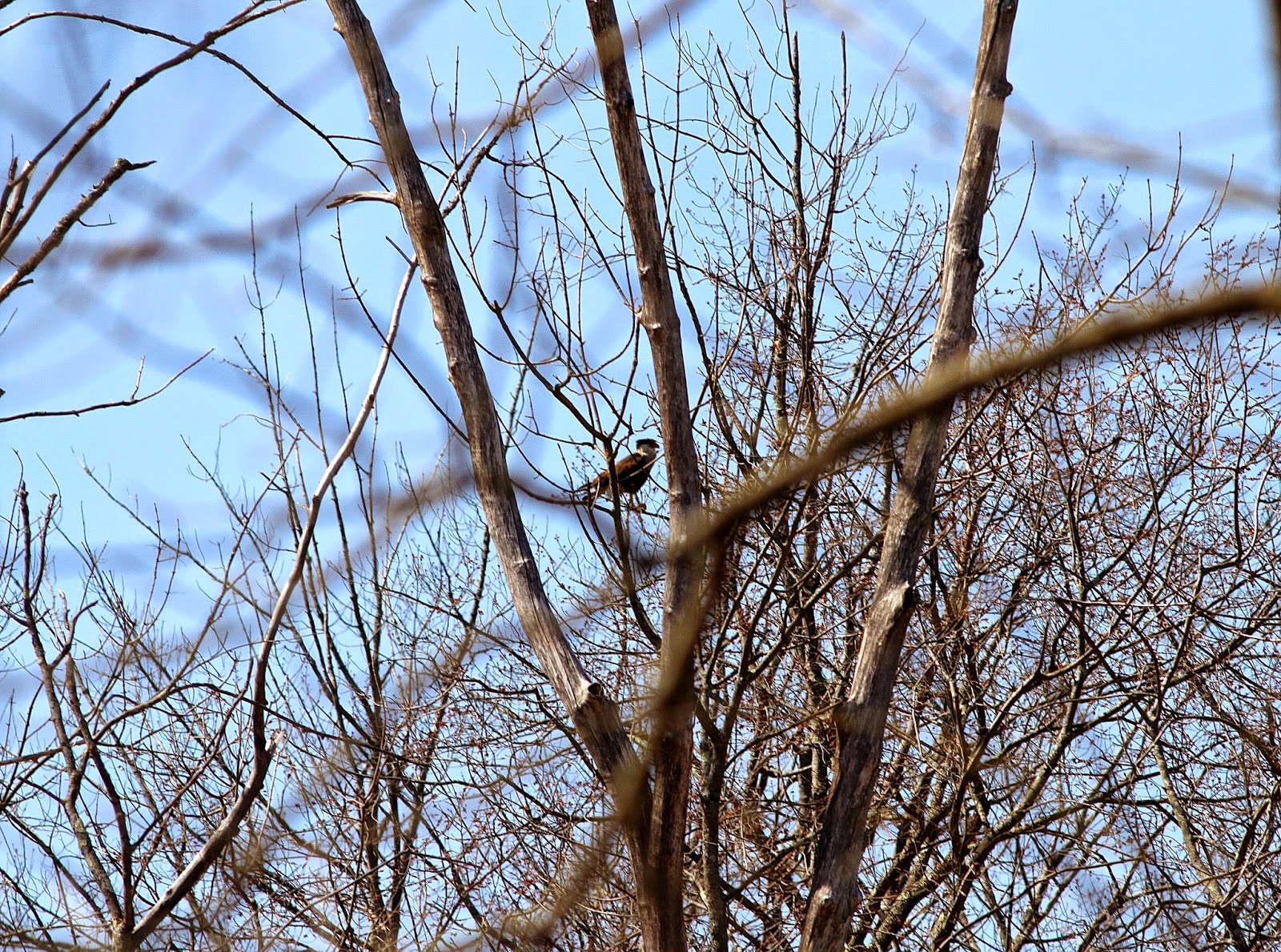 When I arrived at the site (a golf course in Orange County) the bird was perched back in the woods giving good scope views but no photographic opportunities. 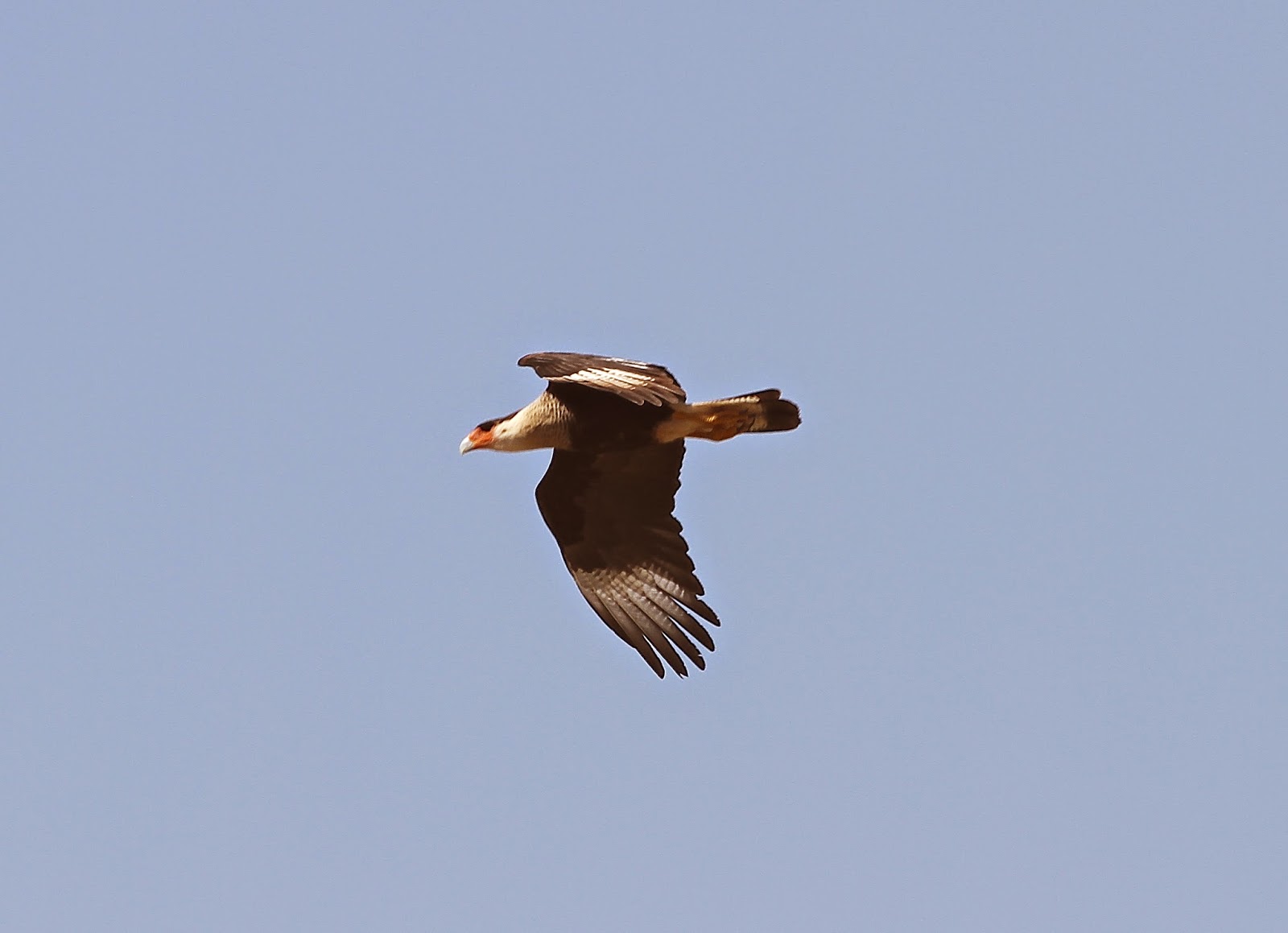 Thirty minutes later, the bird too off, circled the area and came to check out the Possum carcass that it had previously been feeding on.  It didn't land - perhaps there were too many birders there - but it did give good flight views. 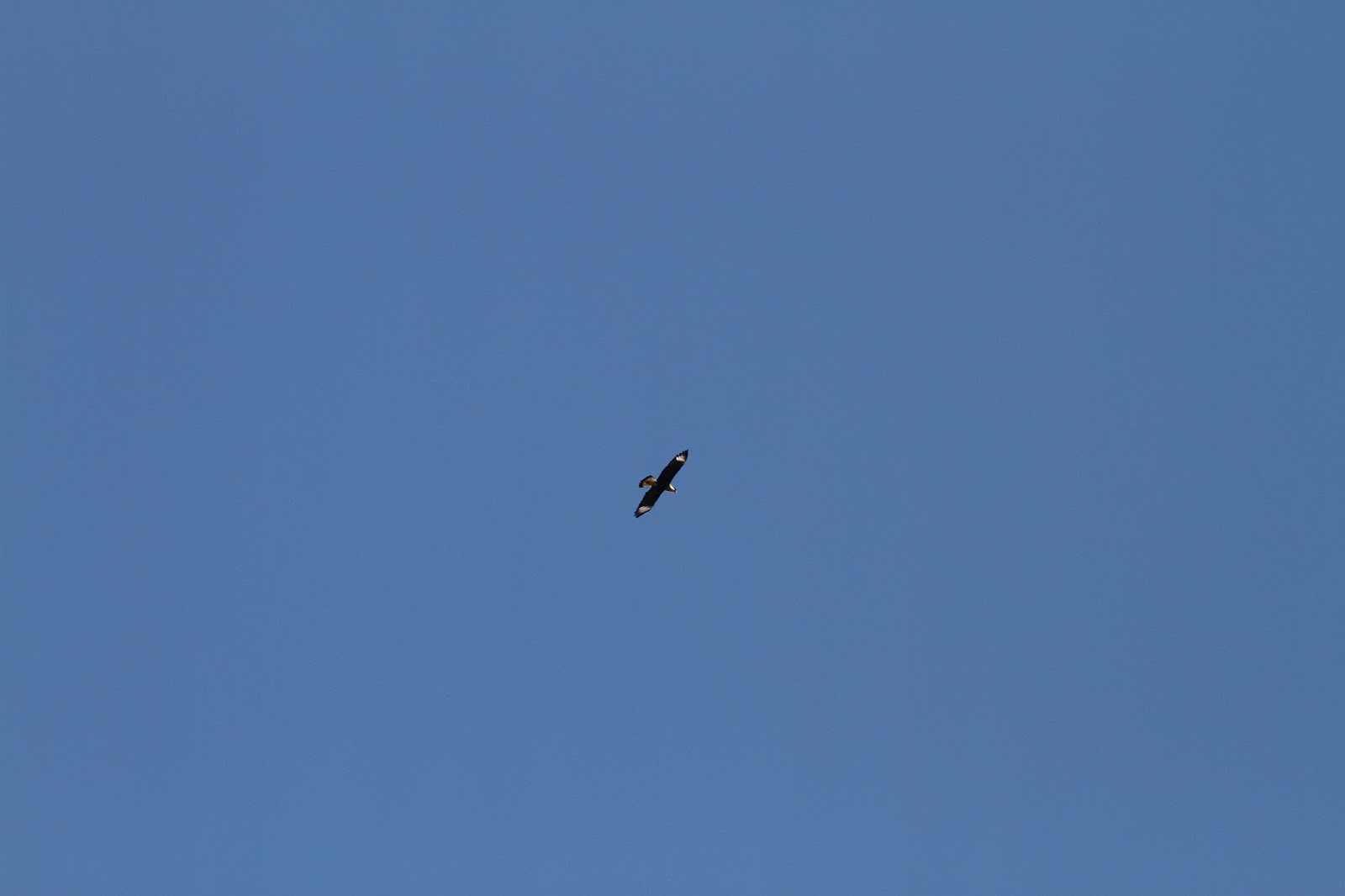 Having had great views, I spent some time socializing with the assembled birders.  The Caracara came out a few more times before finding a thermal, gaining a lot of altitude (think speck), and heading off to the North.  It looked to me as though the bird had left, but apparently it came back later in the day, so it must have just been either chasing Turkey Vultures (looking of new carcass - that's what they do apparently) or heading to other feeding spot it already knew.  Whatever it was doing though, it came back to the original site (and possum carcass) and has been there for several days since.  A very accommodating bird allowing pretty much every serious New York State birder to add this species to their sate list.

So overall a great experience - New York State bird #382 - plus a pleasant Spring day outdoors.  Maybe this State Listing thing isn't so bad after all.
Posted by Welsh Birder Abroad at 7:44 PM No comments: