A rare weekend off - chasing some Bucket List critters in California

Just back from California and somewhere between tech stuff in San Francisco, wine stuff in Napa, and a visit to LA, I managed to squeeze in some birding in Monterey County.

I haven't done a Debbie Shearwater Pelagic Trip since the 90's but booked a couple for the weekend.  Had hoped to do both but, given the schedule, I had to choose one and given the locations, opted for an 'old school' Monterey trip - not likely to produce lifers, but most likely to produce nostalgic memories (these things get important when you're a worn-out old world-lister).

Joined the crew at 7am and met Debbie (who didn't remember me from the old days), Brian Sullivan (on board bird expert and eBird grandee), and a crew of birders some newbies, some pelagic veterans.  The weather was perfect with flat seas, almost no wind, and overcast skies - given my tendency to hurl chum in the smallest of waves I was really excited for a nice, low key, pelagic sampler.  Definitely looked like it was going to be a great trip, and it was.

Once out of the docks, and past a nice selection of Shore (rock) birds, including Black Turnstone, Wandering Tattler, Surfbird and Black Oystercatcher, we soon headed out into the bay.  Shearwaters were everywhere, in staggering numbers.   Apparently the anchovies are recovering and there were vast flocks of shearwaters  chowing down within sight of land.  This place is just truly awesome in terms of the biomass of interesting things.

Shearwaters aside, we did get a good mix of other pelagic species.  A Scripts's Murrelet was the class act among many Cassin's and Rhinoceros Auklets and lots of Common Murres.  A good smattering of Red-necked Phalaropes, Sabine's Gulls, and single Northern Fulmar (please split these Pacific Birds - so obviously not the same species) also added some interest.

There were also Elegant and Common Terns, a nice mix of Pomarine and Parasitic Jaegers and a few gulls to look at.  Never a dull moment for an East Coast birder on a West Coast pelagic.

What was missing though was Storm-Petrels.  A single Black-Storm Petrel, not seen by me, was the only Storm-Petrel record on the trip.  Each and every trip is different ... the joy and the frustration of pelagic birding.

One of the best things about West Coast pelagics though is the presence of LOTS of sea mammals.

A family of 6-8 Orcas came by while we were watching the Murrelet and we were able to follow them for maybe a half and hour.  Truly awesome to finally see Orcas - a bucket list species and a check mark .... 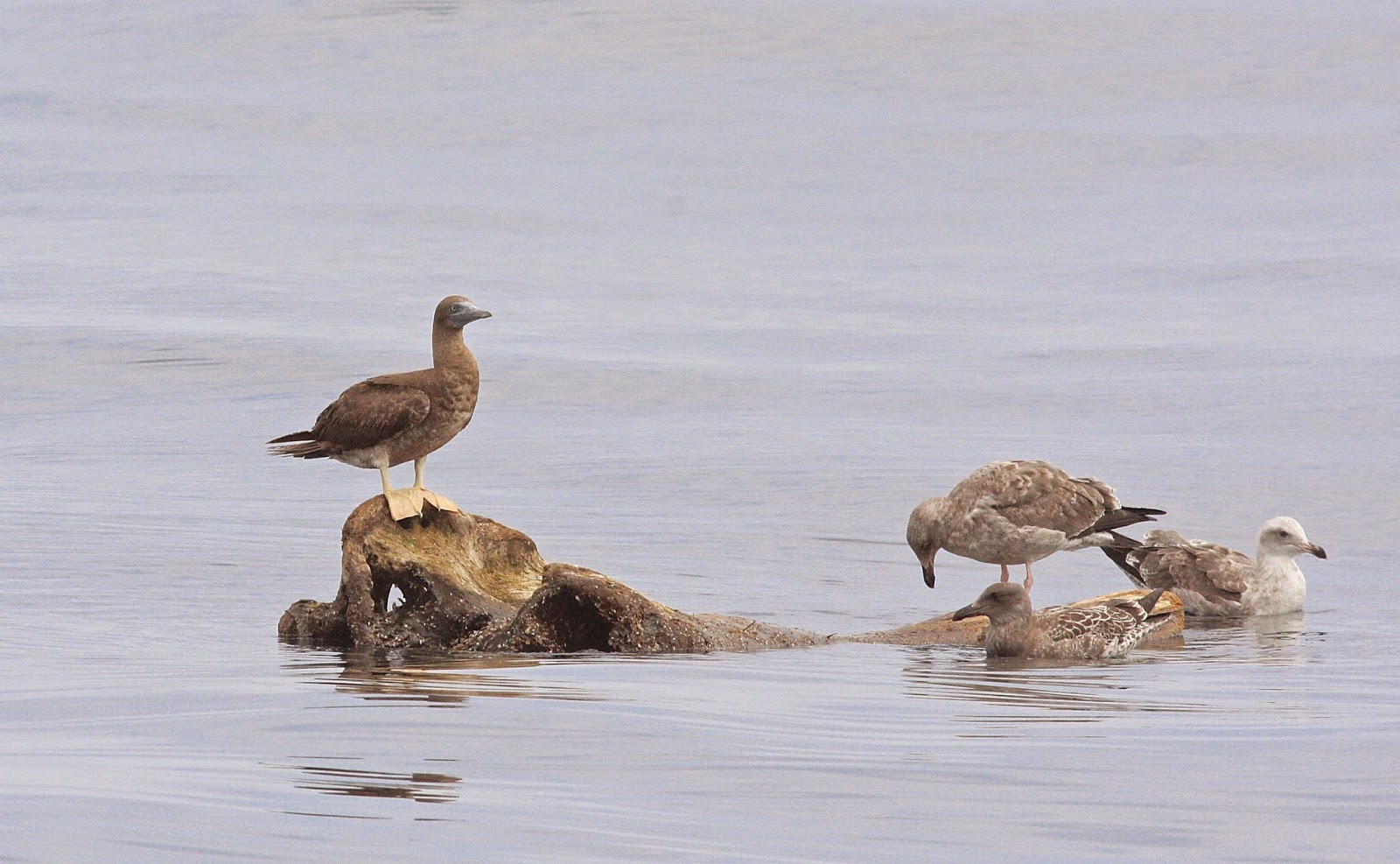 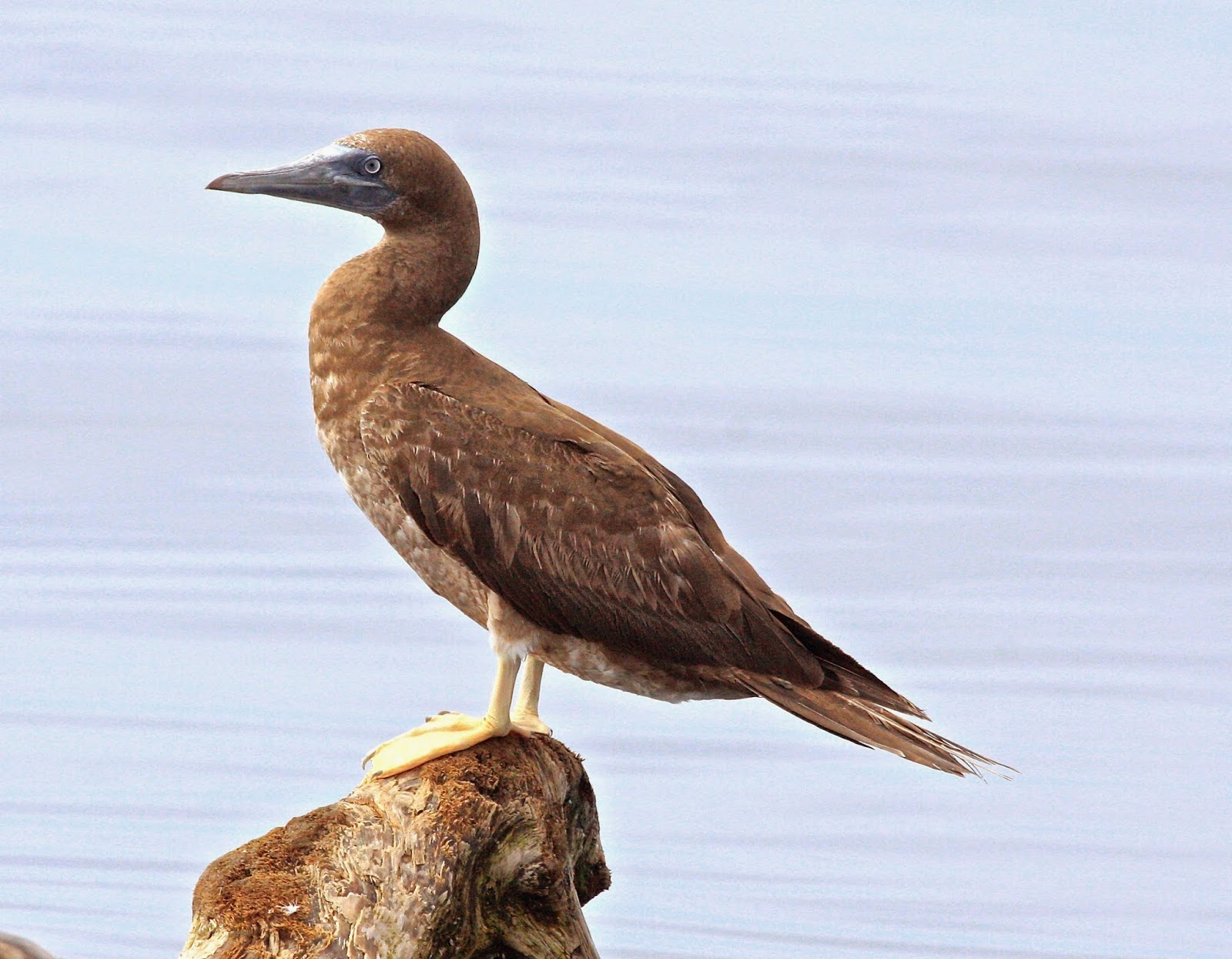 As usual (for me at least on a West Coast Pelagic) the star bird was am "East Cost" bird (although to be fair, a West Coast race, and potential split).  The shout went out from the bow that there was a "Booby flying towards the boat" and soon we had a Brown Booby in the chum slick and later found it's roosting log and got some good shots.  There have been several Brown Boobies in New York over the last few weeks - none of which I got organized to chase - so the irony of seeing one in California wasn't lost on me.  Nice bird and a state bird for me.  I've now seen them in three states, eventually I'll get one in New York ...

So with no plans for Sunday, we decided to look for Condors - California Condor is technically still extinct in the wild and how often to you get to chase extinct species?  A quick morning trip to Pinnacles National Park drew a blank (although I did get my life Yellow-billed Magpies nearby).  So an afternoon trip to the Ventana Inn in Big Sur became my last hope for this species on this trip.  When we got to the restaurant (and Condor stake-out) the waitress informed me that there had been a juvenile Condor seen that morning, and that "we never see Condors here".  Half way through lunch through I spotted a distant juvenile condor and then a closer adult - perhaps the waitresses need bins?     Short-ribs, beer and Condors ... not a bad way to spend an hour or two .... but unfortunately my camera was having problems so no photos.  Still, a good reason to go back to a beautiful spot and no complaints on my part.  Perfect weekend break ... maybe I'll even bump into a Lawrence's Goldfinch one day ....
Posted by Welsh Birder Abroad at 1:18 PM