The second half of our Pelagic on the 19th produced a real star bird; a FEA's PETREL, which if accepted by NYSARC will be a first for New York State.  We stopped to check out an area of 62-degree water about 8-miles SE of Montauk and soon noticed some small Bluefin Tuna chasing bait on the surface.  While we were watching, a smaller gray sea-bird slipped between the Great Shearwaters at our stern, and I turned to see a well-marked gray pterodroma, with dark underwings and a strong dark "M" pattern above.  Panic ensued as we got the boat turned and headed off in pursuit at speed enabling a few shaky photos, but enough to confirm the ID.

For Fea's Petrel, key marks included the dark underwings, plain gray tail, black "M" mark, black bandit mask, and the lack of a white rump or cap/collar.  The only debate left is potential Zino's Petrel, and that hinges on the "build" of the bird and, more importantly, the size and depth of the bill.  Looking at photos of Zino's and Fea's, this bird looks like Fea's, albeit at the small-billed end of the spectrum.

Discussed the ID with Angus Wilson, Ned Brinkley, and Steve Howell and submitted it to the New York State Avian Records Committee (NYSARC) as a Fea's Petrel.  Currently awaiting their decision. 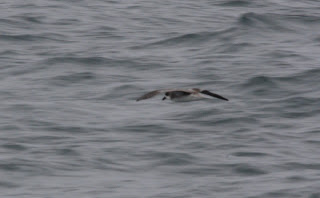 Not a bad start to the Summer pelagic season.  It certainly got people excited to get out there and look - you just never know what's out there. 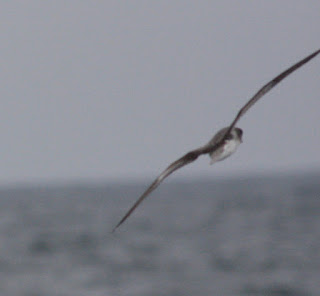 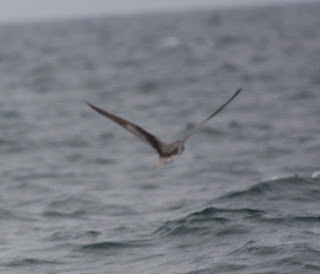