Just some random stats, thoughts and observations from the 2012 Big Year.

Despite everyone thinking that I "saw everything" I actually missed a lot.  Some birds I couldn't really try for but there were plenty of "Dips" where I drove, often many hours, and failed to see a bird reported previously by others (Sharp-tailed Sandpiper in Rochester, Franklin's Gull in Niagara, White Pelican near Buffalo, Slaty-backed Gull at Newburgh, Brown Pelican on Staten Island, Pink-footed Goose on Long Island, Le Conte's Sparrow in Brooklyn, Le Conte's Sparrow near Ithaca, Say's Phoebe on Fire Island, Scissor-tailed Flycatcher on Jones Beach, Gray Partridge near Perch River, etc., etc.).  There were also birds I spent a lot of time looking for and did not see; three in particular absorbed huge numbers of miles, hours, and mosquito bites (Yellow Rail, Black Rail and Gray Partridge).  And then there are the birds that I could have seen but didn't get to for logistical reasons (Red Phalarope, Northern Fulmar, Atlantic Puffin, etc.).  No-one can see everything but I certainly had my share of heart-breaking misses....

During the year I did see quite a few other vertebrate species (I really don't keep lists on invertebrates).  Among the mammals I saw a Northern Right-Whale, several Humpback Whales, a Minke Whale and lots of Common and Bottle-nosed Dolphins.  I also had a Black Bear, several Coyotes, Red and Gray Foxes, and lots of smaller critters.  I saw surprisingly few herps, which suggests perhaps that herp-watching requires a different focus from bird-watching.  Among the best things herp-wise were four species of Sea-Turtle (Leatherback, Green, Loggerhead and Kemp's Ridley), my life (!) Wood Turtle, and the scarce Eastern Tiger Salamander.  I didn't really keep a 'fish list' but several breaching Basking Sharks were quite a spectacle as were a group of Bluefin Tuna feeding on baitfish on the surface.

In no particular order, big thanks to the many people who helped in some way with the big year (if I forgot you, I didn't mean too, I'm just tired).  So thanks Andrew Baksh for finding me a bunch of birds and keeping on my case as I flagged this Summer.  To Greg Lawrence for the Niagara Frontier, and Joan Collins for the Adirondacks.  To Richard Fried for being such a good egg all year as I chased and then beat his hard-fough record.   To Corey Finger, Benjamin Van Doren, Angus Wilson, Shai Mitra, Patricia Lindsay, Tom Burke, Isaac Grant, Peter Polshek, Jim Ash, Hugh McGuiness, Andy Guthrie, Derek Rogers, Bob Adamo, Willie D'Anna, Paul Guris, Jacob Drucker, Larry Master, Mark Manske, Chris Wood, Jay McGowan, Matt Young, Luke Tiller and the many, many other birders who shared information or helped with advice and counsel.  To the eBird reviewers for putting up with my onslaught of records from all over the state and my utter lack of expertise in all sorts of places.  To Steve N G Howell, Ned Brinkley and Michael O'Brien for the seabird help.  To Philip Dempsey and Michael Duffy for being enablers and producing bourbon and bacon at strategic moments.  And last of course to my partner Ryan for putting up with the insane goat-rodeo that a big year inflicts on a home and family life - I promise, I'm done. 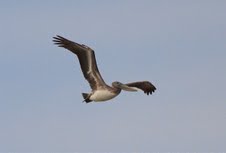 As I write this it's getting dark in NorthWest Harbor so, unless a very loud Boreal Owl starts calling right next to the window, I am done for the year.  And so on to 2013 ...

[A Summary of the Big Year - including the highs and low, the euphoria and the despair, can be found in four parts in previous posts.]
Posted by Welsh Birder Abroad at 4:47 PM